For town buildings (or simply houses), the offset defines the first house ID for this action 0. House IDs, like station IDs, are unique within each grf file, and in total each game can only have 255 IDs in TTDPatch and 512 IDs in OpenTTD for all active grf files.

To start using a house ID, you must first define it by setting its property 08 (see below). If you try to modify a house ID whose property 08 isn't set, your request is ignored, but not reported as an error, either.

When a town decides to expand, each active house type (both old and new ones) has a uniform probability to appear, so the more new houses you define, the fewer old TTD buildings will appear.

This building type will be used instead of your new one if your definition isn't available for any reason (the grf file is not found, for example).

House flags 40 and 80 are exceptions; these flags are never set automatically. Only the first property 08 setting copies properties; if you later change it, properties will stay.

There's a special use of this property beginning from alpha 72: if you set it to FFh, you can disable an old house type. In this case, the ID used must be the number of old house type you want to disable. Disabling only prevents building the type in towns; houses already present on the map will stay unchanged. The type can still be overridden, and overriding affects houses present on the map.

If this house's action 3 appears before this property is set, the action 3 will have no effect.

The low byte is the minimum year, the high is the maximum. The building can only be built between these two years (inclusive). 1920 is added to both bytes before using the values.

WARNING: Don't set the start year below 1930 (0Ah) unless you know what you're doing!

The availability of all active houses with the lowest availability year is set to start from year 0, so that always at least one house is available irrespective of starting year. Thus, if you de-activate default houses or set an introduction date prior to the default houses introduction year 1930, you should have at least for each town zone a house with the same earliest availability year or you might end up with a situation where no house can be placed in a town zone. 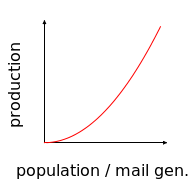 The higher the mail generation multiplier is, the more mail the building generates. For multi-tile buildings, mail generation is done in per-tile basis, so you can specify different values for every tile, although distributing the generation equally between tiles is suggested.

You can further customize how the cargo is generated with the callback 2E.

The acceptance is given in units of 1/8th and must not be larger than 8 eighths.

All the above three values can be set independently for tiles of multi-tile buildings, since every tile is processed individually when determining what a station accepts.

The type of accepted cargo can be modified using property 1E.

Note that in TTDPatch the officefood switch may modify acceptance in the sub-arctic and subtropical climates.

The ID of the text that should be displayed in the land query window. The name can also be set by action 4 (see there). Should be set to the same value for every tile for multi-tile buildings.

This property should be set to zero for additional building tiles.

For houses, the following callbacks can be defined by setting the corresponding bit in property 14:

Property 1D was introduced after all bits of property 14 were filled. Its usage is the same, only the meaning of bits is different:

Bit is the bit you have to set, you do this by adding all the values for all the bits. Variable 0C value is what variable 0C will be set to, for checking it in the variational Action2 for callbacks.

No new house of the overridden types will be built in towns.

This property works in a per-tile basis, so you override tiles of old multi-tile buildings individually, although the old type will still be built if you don't override its north tile.

This is used for random triggers, and sets how often the tile is re-randomized. When set to X, the tile will be re-randomized on every (X+1)-th periodic processing. (In other words, every (X+1)*256 game ticks.) If you want all tiles to be re-randomized, you must set this (but not necessarily to the same value) for each tile.

If callback 1B is enabled in property 14, it is also called after re-randomizing random bits.

2.5 In TTDPatch versions before TTDPatch 2.6 r1639 and TTDPatch 2.5 beta 9 (including beta 9), this variable could have any value between 0 and 255. After these versions, the upper limit has been lowered to 63. To maintain compatibility, values above 63 will be interpreted as 63.

This specifies four colors used for random painting (see Action2HousesIndustryTiles). Each byte of the dword defines a color, the values are the same as in Action2, except that numbering starts from zero instead of 775. If not set, this defaults to 04 08 0c 06 (red, blue, orange and green, the colors of the modern office building). Can be set to different values for tiles of multi-tile buildings.

This sets the relative probability of this house being built. Old TTD house types have a probability of 16, and this is the default for new types as well.

Increase (or better multiply) this value to make your building appear relatively more often, or decrease (divide) it to make it rarer. If you set this to zero, the house type never appears. The minimal useful value 1 means it's sixteen times less probable to build this type than a normal type, while the maximum setting of 255 means it's almost sixteen times more probable.

The probability is relative since the absolute probability depends on the count and probability of other houses as well: the more types are available (and the higher their probabilities are), the less the chance is that your type will be chosen.

The bottom seven bits define how many frames the animation consists of, minus one. (I.e. 0 means 1 frame, 1 means 2 frames etc.) The highest bit has another purpose (see below), so the biggest supported value is 7F (128 frames).

2.5 In TTDPatch versions before TTDPatch 2.6 r1639 and TTDPatch 2.5 beta 9 (including beta 9) and OpenTTD before r12347, the frame number was limited to 32. If you intend to maintain compatibility with those versions, you should not use animations longer than 32 frames.

This is the amount of time between switching frames.

The default value is 2, which means the switch occurs every 108 milliseconds. Increasing this value by one doubles the wait, i.e. 3 will cause 216 ms delay, while 4 will pause 432 ms, and so on. Values below 2 have the same effect as 2, so the default is the fastest possible setting. The maximum is 16, which means 1769 seconds (approx. half an hour) delay. Settings above this value may cause strange behaviour.

This property is a per-tile one, you can set it for additional tiles as well. It's a better idea, however, to set it for the main tile only, since var. 44 counts tiles, not buildings, and you may count multi-tile multiple times otherwise.

There may be cases when you want your house to accept something other than the default types (passenger, mail, goods and food). This property allows you to do that. If this property is set to FFFFFFFFh (the default), the meaning of properties 0D, 0E and 0F aren't changed, that is, they are the passenger, mail and goods/food acceptances, accordingly. If this property isn't FFFFFFFFh, the first three bytes must be climate-dependent cargo slot numbers (the fourth byte is ignored). In this case property 0D is the amount of acceptance of the first cargo type given, 0E is the same for the second type and 0F is the same for the third type.

From GRF version 7 and above, the meaning of this property changes: instead of climate-dependent cargo slot numbers, you have to give climate-independent cargo IDs. If your GRF has a cargo translation table, then this ID is the index in that table; otherwise, it's the cargo slot number. Acceptance of cargoes not currently present will automatically be disabled.

Towns are prevented from destroying the house if it hasn't yet reached the age given here. The default is 0, which means towns are free to remove the house any time they like. Please note that this setting doesn't prevent AI players from removing the house; only towns are affected. If you need to protect your building from AI players as well, you can set the "protected" flag (property 19 bit 1), or use callback 143 and use your custom code to decide who (and when) is allowed to remove the building.

For this to operate consequently on multi-tile buildings, you must set the same minimum lifespan for all tiles of the building.

This property is a list of cargo types, types whose acceptance should be watched. The first byte is the length of the list, the remaining bytes identify cargo types. GRFv≥7 If your GRF is version 7 or above, and has a cargo translation table, the bytes are indexes in the table; otherwise, they are cargo slot numbers. When a cargo from this list is accepted by the current tile, callback 148 is called on all tiles of the building. See callback 148 for more details about how this happens.

Those two properties allow to specify a range of dates (based on year zero(0) that are not limited to the 1930 dates. So earlier buildings can be introduced. Be sure to add substantial houses to the sets, if you do not wat to have uniform towns, since the current earliest houses will remain in their current 1920 era. Mind also the warning wrt. introduction years as described at property 0A.

This property defines up to 16 cargotypes, which are accepted by the house. Use this property instead of property 0D..0F.